State Week: Are Madigan's Days As A Political Leader Numbered?

This week, a Michael Madigan confidant and three others were indicted in an alleged bribery scheme that prosecutors say also involved the powerful House Speaker, known as Public Official A in federal documents.

Madigan again denied he's done anything wrong and he's not been charged.  But more House Democrats have publicly pulled their support for him, making it seem less likely he can win another term in the leadership post in January.  There have also been calls for him to resign as the state's Democratic Party Chairman.

Our panel discusses Madigan's future and whether his long tenure in politics is about to end.

Doug Finke, who covers the statehouse for the State Journal-Register, joins the show.  Doug makes his final appearance on State Week as he prepares to retire at the end of the month.

After our show was recorded, Madigan issued the gfollowing statement: "The decision on the next speaker of the Illinois House will be made at a caucus, after a full discussion of the issues facing our state and the qualifications of the candidates. I plan to be a candidate for speaker, and today I confirmed that I continue to have support from a significant number of House Democratic caucus members." 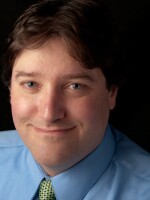 Sean Crawford
Sean has led the NPR Illinois news operations since the fall of 2009.
See stories by Sean Crawford 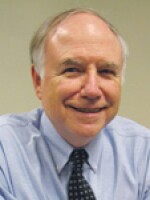 Hannah Meisel
Hannah covers state government and politics for NPR Illinois and Illinois Public Radio. She previously covered the statehouse for The Daily Line and Law360, and also worked a temporary stint at the political blog Capitol Fax in 2018.
See stories by Hannah Meisel