Dad ODs. Can You Sue A Local Drug Dealer? | WGLT

Dad ODs. Can You Sue A Local Drug Dealer?

The Illinois Supreme Court on Wednesday heard arguments over whether victims of the illegal drug trade can sue dealers.

The decades-old law, known as the Drug Dealer Liability Act, was designed to hit dealers in the wallet.

Cook County Circuit Judge Daniel Gillespie struck part of it down. He held that because it allows lawsuits against just about any dealer in a local drug market — whether or not there’s proof they sold to the injured or deceased user — it violates longstanding legal principles about proving someone is directly responsible for injuries. 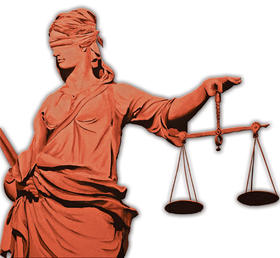 The case was brought on behalf of Noah Wingert, a boy whose father, Michael William Neuman, died of a cocaine and heroin overdose on June 9, 2012. Wingert originally sued Kevin Jatczak, the owner of the premises where the overdose occurred.

He alleged Jatczak was a drug dealer. (Jatczak died during the proceedings and his mother and estate administrator, Patsy Hradisky, was substituted in the lawsuit.)

Wingert's lawyer, Nick Nepustil, argued that when legislators passed the law, they intended to let plaintiffs cast a wide net.

“Because this is such a systemic problem with such systemic costs, it’s reasonable to hold all those who make the voluntary and conscious choice to enter this illegal market responsible for all of its consequences,” Nepustil told the justice.

When the law passed the Illinois House in 1995, then state Rep. Al Salvi, who sponsored the bill, boasted that it would “eliminate the economic incentive for selling drugs in the state of Illinois.”

Hradisky’s lawyer, Kyle McConnell, argues the trial judge was right to find the law unconstitutional. He contrasts the drug law with the one covering businesses that serve alcohol.

Accident victims can go after bars that over-serve drunk drivers, McConnell told the justices, “But you cannot go down the street to an establishment around the corner — who did not over-serve that intoxicated driver — and sue that establishment because they participate in the ‘alcohol-serving market.’”

There’s no timeline for when the Supreme Court might issue a decision. The case is Wingert v. Hradisky, No. 123201.

Two years after the Illinois Supreme Court decided to permanently allow cameras and microphones in courthouses, only half of counties statewide have actually implemented broadcast trial coverage.

Illinois Supreme Court Justice Anne Burke is calling for a new investigation into sex abuse in the Catholic Church. Church authorities are doing just that, but Burke says the matter cannot be left to the Catholic heirarchy.

The Illinois Supreme Court is committing to a redesign of pretrial justice procedures, the system in place to deal with individuals from the time they're arrested, until their case is resolved.

The state is working with the national Pretrial Justice Institute, which is trying to get 20 states on board. Its CEO, Cherise Fanno Burdeen, said Illinois is the second. Fanno Burdeen said one aim is to replace the cash bail system.

She said risk should be based not just on the charge someone was arrested for but also their criminal history.