Illinois Supreme Court Justice Anne Burke is calling for a new investigation into sex abuse in the Catholic Church. Church authorities are doing just that, but Burke says the matter cannot be left to the Catholic heirarchy.

Burke is a lifelong Catholic who was part of the 2002 National Review Board for the Protection of Children and Young People.

She says the ongoing revelations about sex abuse by priests — including last week’s grand jury report in Pennsylvania — show it’s time for government authorities to investigate, not the church. 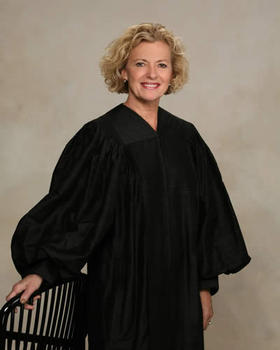 “If they had only done what we asked them to do — and what they asked us to do — was to find out how many offenders and how many victims there were,” Burke said Friday in a telephone interview. “But they withheld. They withheld the information. It's obvious.”

Burke said during the investigation 15 years ago, the National Review Board became aware there were other files that it did not get. “We only got what they wanted to give us,” Burke said.

The Catholic Conference of Illinois, in response to a media inquiry, relayed a statement from an unnamed representative of the Catholic leadership in Chicago:

The Archdiocese of Chicago has had policies in place since 1992, long before they were common elsewhere, and has published the names of priests with substantiated allegations on its website for at least 10 years. They were publicly available before that via request.

The Archdiocese released more than 20,000 pages of documents on these priests five years ago. No one compelled the Archdiocese to do this or to publish names on the website.

The U.S. Conference of Catholic Bishops on Thursday said it would ask the Vatican to work with lay experts in an investigation of sex-abuse and harassment allegations against Archbishop Theodore McCarrick. It also said it would “advocate for better procedures to resolve complaints against bishops.”

Burke, however, says while another church investigation may be good, it is not the answer to restore trust.

“Only the civil authorities — who are solely disinterested, not convened by the church itself — can get to the bottom of how prevalent is this problem,” she said.

The number of Americans who identify as Catholic has been dropping in recent years, but Burke said she’s not among them.

The Illinois Supreme Court is committing to a redesign of pretrial justice procedures, the system in place to deal with individuals from the time they're arrested, until their case is resolved.

The state is working with the national Pretrial Justice Institute, which is trying to get 20 states on board. Its CEO, Cherise Fanno Burdeen, said Illinois is the second. Fanno Burdeen said one aim is to replace the cash bail system.

She said risk should be based not just on the charge someone was arrested for but also their criminal history.

The Clifford Law Office in Chicago alleges State Farm employees ran a dark money campaign to elect Lloyd Karmeier to the State Supreme Court, believing he would support the insurance company once a certain case reached the high court.

The Illinois Supreme Court has denied a request to reconsider its ruling that a group's initiative to change how legislative districts are drawn is ineligible for the November ballot.

The court issued the ruling Tuesday on a 4-3 vote.