On Monday, an organization called Illinois Voices sued the Illinois State Police and attorney general’s office. It’s targeting what it says are unconstitutionally vague and burdensome restrictions on people who have to register under the state’s sex offender laws.

We spoke with Adele Nicholas, one of the Chicago attorneys who filed the lawsuit on behalf of five anonymous plaintiffs. We also contacted spokespeople for both defendants: Attorney General Lisa Madigan and the Illinois State Police. The AG's office declined to comment and the state police did not respond.

Listen
Listening...
/
Brian Mackey speaks with Adele Nicholas, one of the lawyers behind a challenge to Illinois' restrictions on sex offenders.

ADELE NICHOLAS: Thanks for having me.

MACKEY: Can you give us an idea of what sorts of restrictions you’re talking about here? 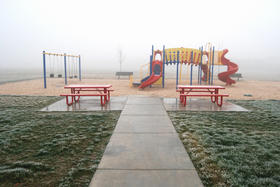 NICHOLAS: Yes. So our lawsuit challenges several aspects of the Illinois laws that regulate where people who are required to register as sex offenders are permitted to be present. One of them prohibits anyone who’s required to register from being present or associated with any facility providing programs or services directed towards minors. Another makes it unlawful to participate in a holiday event involving children under 18 years of age. Another makes it illegal to be present in a public park or knowingly loiter near a public park. And another regulates presence near school property.

Our challenge to each of these statutes is that the laws are not sufficiently clear to put people on notice of what is actually prohibited. So for instance, the statute that prohibits presence at or being associated with a facility that provides programs or services directed towards minors has no definition of what is meant by that term.

So we have a client who feels that she could be arrested and potentially charged with a felony for going to her church because the church has a youth ministry and provides daycare for young people. We have another client who is afraid to even volunteer at his church when no children are present — for instance, doing things like keeping up the lawn or meeting with a support group at his church. Another of our clients is someone who wants to go to a philosophy discussion group at a library, but is afraid that he could be charged with a crime for even going to the library when children are not present, because the library has a children’s section and provides services to children.

So our challenge to each of these laws is that they are unduly vague and put people at risk of being arrested for completely innocent conduct.

MACKEY: Supporters of these laws say the arguments are self-evident. Right? Do you want sex offenders hanging around in schools and parks?

Why are these not a good idea?

MACKEY: What sort of remedy are you hoping for? Would the entire statute be struck down and Illinois legislators would have to start from scratch? Or could there be individual exceptions granted? How would this work?

NICHOLAS: Right. The remedy we are seeking is that we want the statutes to be found unconstitutionally vague. And then the legislature has the opportunity to decide how to respond to that appropriately. So it may be that they want to draft new laws that are clearer as to what is being proscribed. Or they may want to revisit the effectiveness of some of these laws in general and whether they’re achieving the goals that they’re setting out to achieve. But that would really be up to them. But our goal with this lawsuit is to have the laws declared unconstitutionally vague and have the state enjoined from enforcing them.

MACKEY: Why are the plaintiffs in this case anonymous? Is that typical? Is that something that you expect to be challenged in the course of this case?

NICHOLAS: You know, most of the cases challenging this type of law have been permitted to proceed anonymously, and we’ll be filing a motion with the judge asking for leave to file anonymously. And that’s simply to protect the plaintiffs in this case from retaliation, public shame, public ridicule that we know is potentially attendant to filing this kind of challenge to the law.

MACKEY: One question that always comes up from people when you hear about lawsuits on behalf of either prisoners or people who are registered as sexual offenders or any other disfavored group in our society: Why should people care about this?

MACKEY: Adele, thank you for joining us.

NICHOLAS: Thanks for having me.

This interview has been edited and condensed.