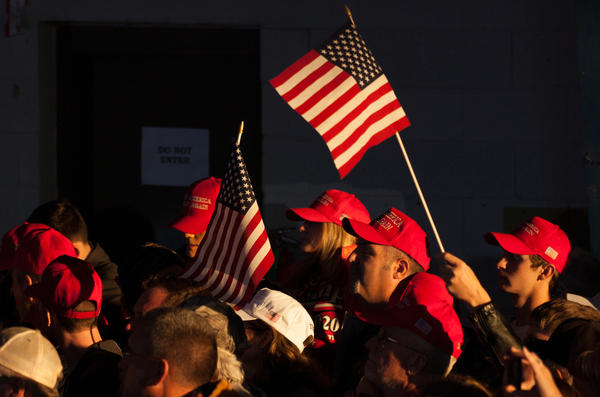 Thousands of residents traveled from across the heartland to southern Illinois Saturday to hear and see President Donald Trump.

Trump began his speech by addressing the shooting in Pittsburg, Pennslyvania in a synagogue that left 11 people dead.

"The hearts of all Americans are filled with grief following the monstrous killings of Jewish Americans at the Tree of Life synagogue in Pittsburg, Pennsylyvania," Trump said.

Trump told the crowd that an anti-semitic attack is an attack on everyone and the hateful posion of anti-semitisim must be extracted from the world.

"We must stand with our Jewish brothers and sisters to defeat anti-semitisim and vanquish the forces of hate, that's what it is," he said. "Those seeking their destruction, we will seek their [anti-semitics] destruction."

After addressing the hate crime Trump said the country should bring back the death penalty for people who commit crimes like a mass shooting will pay the ultimate price. The crowd erupted in cheers. 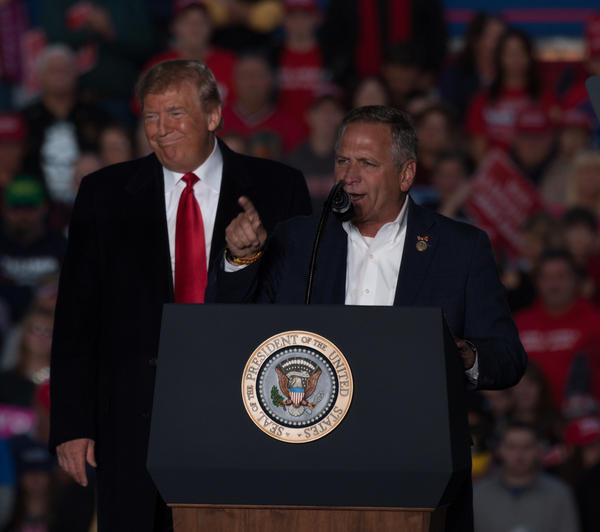 The upcoming election in less than two weeks is the most important election, President Trump said.

"America is booming like never before because we are finally putting America first," Trump said.

Trump called Rep. Mike Bost a warrior and said that Bost is one of the congressmen who fights for the people of Illinois.

About a quarter way through the rally Trump pulled Congressman Randy Hultgren, Rodney Davis, and Bost onto the stage.

Hultgren told the crowd it is very important to get out the vote to maintain a Republican majority in the House and Senate.

While on stage Bost thanked the audience for attending the rally to show their love for the President.

"If you want our president to continue to succeed you can't allow Nacy Pelosi to take that House back," Bost said. "Thank you President for leading America in the way it needed to be led and thank you for coming to southern Illinois."

During President Trump's speech he highlighted the low unemployment rate, tax cuts, tarrifs and trading with foreign countries and the caravan of migrants that is headed towards the border from central America.

Trump To Hold Rally For Bost In Southern Illinois

Davis on Russia Investigation: 'Let The Judicial Process Play Out'