WGLT General Manager R.C. McBride elected to the NPR Board of Directors

NPR member stations around the country voted to elect WGLT general manager R.C. McBride to the NPR Board of Directors. McBride will serve a three-year term beginning in November.

McBride is a 30-year radio industry veteran spending the last six years as the general manager of WGLT. Under his leadership the station expanded local news and music programming, achieved financial stability, continued winning numerous industry awards, and more than doubled the size of its student internship program to focus on developing the next generation of diverse broadcast and journalistic talent. Most notably, McBride spearheaded the partnership agreement between Illinois State University and Bradley University to manage WCBU, Peoria Public Radio in 2019. This fortuitous partnership and its efficiencies helped both stations survive the numerous challenges of COVID, including a steep economic downturn. In 2021, McBride partnered with the School of Communication Executive Director Steve Hunt to assume operations of ISU student newspaper, The Vidette, which prevented it from shuttering.

“R.C. has contributed years of dedicated service and leadership to Illinois State University, the School of Communication and WGLT,” said Hunt. “His innovative and strategic approach to media will be a wonderful addition to the NPR board. R.C. has established best practices so many others can learn from, and I’m thrilled he’ll be representing us nationally.”

As an NPR board member, McBride will be part of the leadership team during a major transition to the NPR Network along with large-scale initiatives to grow audience and donor support, including national branding campaigns, digital platform expansions, and much more.

“Journalism, including current and future journalists, are the backbone of a well-functioning democracy and critical to the future of our community, country and world,” said McBride. “The media industry continues to face numerous threats from rising disinformation to financial devastation. WGLT is investing in local news now more than ever because the nonprofit news model works, and Central Illinois deserves high-quality, local news. I’m humbled and honored to join the NPR board at such an exciting time for the organization, and I look forward to the innovation it will spur locally. My goal is to develop NPR and WGLT for future generations, passing on a network and station better than we found it.” 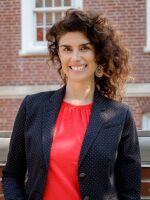