Illinois lawmakers doubled the gas tax, raised vehicle registration fees and the tax on tobacco – all to gather money for a $45 billion statewide construction program.

Negotiations spilled into the weekend as an agreement on a gambling package – the primary funding mechanism for building improvements throughout the state – fell apart on Friday, the last day of the spring legislative session.

The Illinois House remained in Springfield on Saturday to reach a deal, saving both the plan to legalize sports betting and giving Republicans some tax breaks and other business-friendly initiatives they lobbied for.

Senators returned on Sunday to finalize the plan. Gov. J.B. Pritzker said he will sign the package.

“What we stated is that before we are going to commit to votes that our priorities, things that we have felt that our voices have been lost with respect to supporting the business community, must be recognized,” House Republican Leader Jim Durkin said on Saturday.

The support came in the form of tax breaks for data centers in the state, phasing out of the franchise tax, eliminating the cap on what stores can get back for collecting the sales tax, among other measures.

The bulk of the money for new buildings or renovations to existing ones comes from a gambling expansion, with fees from new sports betting licenses as well as six new casino licenses, slot machines at racetracks and at O’Hare and Midway airports, and increased taxes on video gambling terminals.

Other funding sources include raising the cigarette tax to $2.98 per pack, up from the current $1.98, and a new 6 to 9 percent tax on fees for parking garages. Lawmakers also lowered a sales tax exemption for trade-in vehicles.

“We can’t have a situation with peaks and valleys where we fund these things with a big old bunch of money once every ten years, and let them spring a leak for the next nine,” said state Rep. Margo McDermed, a Mokena Republican. “Long-term sustainable funding is the key.”

The last statewide construction plan was Illinois Jobs Now in 2010. That program relied on new video gambling money, which was slow to get started and fell short of expectations, and higher license and registration fees as well as alcohol and cigarette taxes.

The new taxes for this capital plan are expected to generate $962 million a year for “vertical construction” – improvements to university buildings and prisons, and money for community projects, such as up to $380 million for maintenance of the State Capitol.

On the transportation side, they stuck with user fees — what people pay to use the transportation system. The per-gallon tax on gasoline would double to 38 cents, the first increase since 1990. It would also continue to rise over time, expected to be less than a penny per year, tied to the Consumer Price Index.

Transportation advocates pushed for the gas tax rate to be tied to inflation so that road funding would slowly go up as the cost of materials and labor rises. Eight states in the last five years have adopted variable gas tax rates like this, according to research from the Washington, D.C.-based Institute on Taxation and Economic Policy (ITEP).

“We will not have to vote on this again. We will finally get around to treating our transportation infrastructure as a vital source of life in our state,” said state Sen. Martin Sandoval, a Chicago Democrat. “It’s important to note we’re not increasing gas revenues just for the purpose of increasing gas revenue – we’re adjusting the revenue to keep up with inflation.”

On top of that, the cost of license plates will go up, too, increasing from $98 to $148 for most vehicles, and title fees will increase by $60. Truckers and farmers will pay $100 more for registration for trucks and trailers. Owners of electric vehicles will have to pay $250 every year, instead of the current $35 every two years.  The fee increases and higher gas tax take effect July 1.

There was some pushback from anti-tax legislators.

“So for the last week I’ve heard from the other side how Illinois’ flat income tax was regressive. I heard the other side say that it’s unfair,” said state Rep. Allen Skillicorn, an East Dundee Republican. “As I read the details to this bill, this massive tax hike – I know these arguments were not true. Nothing is more regressive than this gas tax. ”

Illinoisans also pay a sales tax at the pump — separate from the gas tax. That money has gone to general state spending, but will start slowly shifting to pay exclusively for road improvements. The initiative was a compromise with business interests, which wanted to see the sales tax dropped altogether.

“Most people think all taxes they pay on gas goes to fund roads, bridges and transit,” said Todd Maisch, head of the Illinois Chamber of Commerce. “We get to correct a major policy flaw.”

Maisch acknowledged consumers might not be happy about the gas tax increase, but he said that’s the only way to pay for needed road repairs.

What It Pays For

The plan puts $5.6 billion into the state’s roads and highways as “pay-as-you-go” or regular, ongoing funding, and another $5 billion in borrowed money.

“This will also make us competitive, but it’s still falls short of giving us the competitive advantage over other state,” said Dave Bender, with the American Council of Engineering Companies of Illinois. He said the state lost its advantage after years of underfunding upkeep of its transportation system. “But this will make us very competitive.”

With the higher gas tax, county highway commissions and cities will get more money to keep up their roads.

“We’re doubling the amount of money we give to local roads under this bill,” said state Rep. Larry Walsh, Jr., an Elmwood Democrat. “We’re also for the first time doing a pay as you go for [mass] transit.”

Illinois will also put $50 million into biking and walking trails.

“Who’s ever been stopped by a train here in Springfield on the Third Street tracks?... Who’s ever heard those train whistles on the tracks keep you up at night?” he asked before voting in favor the plan. “This bill will stop you from getting stopped downtown. We’ll make it a quiet zone through downtown.”

Meanwhile, schools got $200 million for deferred maintenance and new projects, and $6 billion was set aside for improvements to state buildings.

The University of Illinois Springfield is slated to get $35 million for a library learning center, and another $11.6 million for general maintenance improvements.

The plan also puts $200 million towards affordable housing. A coalition of groups had requested a billion dollars, but Allison Clements, executive director Illinois Housing Council, said this is a good a start.

“Given the need we’re seeing across the state – from people being displaced from Chicago neighborhoods to rural communities starved of investment and people still experiencing the aftermath of foreclosure crisis,” Clements said. “We see that as a good down payment for us so we’re excited.”

The list of projects can be found in House Bill 62 [PDF].

Correction: An update has been provided regarding the amount of money allocated for capitol maintenance. 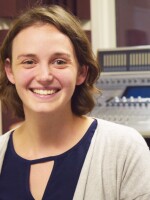 Mary Hansen
Mary is a reporter at NPR Illinois and graduated from the Public Affairs Reporting program atUISand received her BA in International Studies from American University. Previously Mary worked as a planning consultant and reported for the State Journal-Register where she covered city government.
See stories by Mary Hansen