Illinois State University’s Gamma Phi Circus will broadcast “World of Music” online at 7 p.m. Saturday, May 1, and 4 p.m. Sunday, May 2.

With original storylines, live music, and never-before-seen tricks, Stoinev is confident this year’s “movie show” will be Gamma Phi’s best show ever.

Before the pandemic, Stoinev had never canceled a show in his entire 41-year circus career.

So when he got word last March that there would be no performances at Redbird Arena, Stoinev made a promise to himself: no more canceled shows, no matter what.

After many sleepless nights, he came up with a backup plan: if worse came to worst in 2021, Gamma Phi Circus could perform a recorded show at Braden Auditorium.

A year later, we’re still living with the virus, but the student performers of Gamma Phi are ready for their close-up.

Gamma Phi president Sophie Remmert said with cameras zooming in at every angle, the pressure is on to get everything just right.

“Just making sure little things like costumes are pristine, and your makeup looks good, and your tricks are really hitting,” she said.

The cameras can get up close and personal, but circus director Marcus Alouan said under physical distancing requirements, that’s a no-no for performers.

“There’s not a single act that wasn’t changed because of that, and one act we had to remove because it simply was impossible to do without touching,” he said.

The result: the students of Gamma Phi Circus will be performing tricks never attempted at Redbird Arena -- or anywhere else in the world.

ISU senior Christopher Stoinev grew up in the circus arts under his father Ivan’s instruction, but preparing for this year’s show really challenged him to get creative. Take the teeterboard act, for example.

“For our bigger tricks, we usually have double-punching, which is two punchers hold each other tightly, jump off our tower to give more power for the flyer to fly higher,” he explained. “Since that’s no longer allowed, we had to think outside the box by adding extensions to the teeterboard, making the tower higher, things like that.”

The same is true for the acrobatics routine. The elder Stoinev’s solution?

Another Gamma Phi first: this year’s performance features an original storyline that leads viewers on a journey through the "World of Music."

“The show’s about a young girl who has this passion for music but fails at it, is embarrassed, and sort of this mystical guide takes her through the different genres of music, and she starts to learn how to love music again,” said the younger Stoinev.

The theme gives student performers the opportunity to flaunt more than their gymnastic skills: they’ll also sing, dance and play instruments throughout the show.

“One of our best, most talented singers is a nursing major,” he said. “She’s not studying music, but she’s just so brilliantly talented...they all have these talents, and every time I hear Ivan mention that specifically, I think back to our founder Pop Horton, and that was certainly one of his goals and one of his charters was finding the spot where his students can shine.”

And the members of Gamma Phi continue to shine, even as the pandemic has forced them to learn new tricks, practice in shifts and spend longer hours in the gym.

“They have blown me away with their dedication, with their adaptability...we keep throwing stuff at them,” said Alouan.

Sophie Remmert was all set to graduate when COVID-19 hit. She took on a fifth year at ISU just so she could perform with the circus one last time.

She said it’s humbling to think that Gamma Phi is one of the few organizations able to put on a show at all this season.

“Every day when it seems like you’ve had a long day and you don’t want to go to practice, I always think about that like, I am so lucky to be able to be doing this now because so many people are still unemployed and haven’t been able to go back to their jobs,” she said. “Despite the fact that it’s not our typical show, we’re still doing a phenomenal show that so many people will get to see.”

More people than in previous years, thanks to the virtual format. And the elder Stoinev said that could mean good news for Gamma Phi in 2022.

“We have the opportunity to bring in a new audience to us since we are going not only nationally but internationally streaming the show,” he said. “I want the rest of the world to find out what a treasure ISU has with the Gamma Phi Circus.”

Tickets and VIP packages to watch “World of Music” on May 1 and May 2 are available online now. 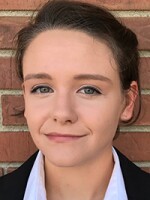