Issues at WGLT's transmitter site are temporarily limiting our broadcast signal to low power. Thanks for your patience as we make repairs.
Health and Medicine

Chestnut Health Systems is making a major change on Bloomington's west side.

Chief Executive Officer Russell Hagen said during a news conference, the Chestnut Family Health Center will relocate from a crowded temporary facility at 720 W. Chestnut Street to a completely remodeled 25 thousand square foot building down the street at 702 W. Chestnut.

Hagen said the move and remodeling represent a dramatic expansion.

The new location for the health center is currently the site of Chestnut's adult chemical dependency treatment program. Hagen said those services will be moved to Chestnut's facility on Martin Luther King Drive in Bloomington. Expansion of the facility on MLK drive could cost between $300,000 to $400,000.

Hagen hopes the most medically-underserved areas of the Twin Cities will be served by the integrated medical and behavioral health services offered at the newly remodeled facility on Chestnut.

Chief Operating Officer Alan Sender said the expansion will allow more clients to be served in the mental health and detoxification crisis stabilization program. Sender said the program will have room for eight additional beds for a total of 22.

Sender said there isn't a price set for construction of the new Family Health Center, but the project could cost several million dollars in remodeling. He added that Chestnut could cover some costs with a $1 million federal grant the clinic received last year.

The remodeling project could be completed by the end of 2017. 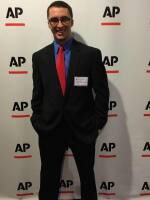