The Illinois Attorney General’s office is reviewing whether the Peoria County Board of Election Commissioners violated the state’s Open Meetings Act.

The investigation is the public access bureau’s response to a complaint filed by WCBU regarding the commission’s June 16 board meeting.

The original media notice emailed by Peoria County Election Commission Executive Director Thomas Bride on June 11 said, “The meeting is via video/telephone and is closed to the public. The public is invited to submit questions and comments to the Election Commission via this email by 1 pm Tuesday June 16th.”

WCBU staff asked Bride to clarify public access options within hours of his original notice. His email response on June 11 said, “The County has being [sic] closing their meetings to the public when being done via video/telephone with questions and comments by email and we are just using the same protocol.”

At a June 12 press conference unrelated to the election board meeting, Bride verbally told WCBU the meeting in question would utilize Facebook Live.

Irene Pritzker–who’s not related to Gov. Pritzker–regularly monitors Peoria County Board of Election Commissioners meetings as a member of the League of Women Voters of Greater Peoria. She tells WCBU she immediately emailed her concern to Bride upon seeing the June meeting would be closed, since the commission’s April and May meetings could be accessed via telephone and video through the Webex platform.

“’Tom, I’m very concerned you are closing this meeting to the public,’" Pritzker said she wrote to Bride. “’Was there a problem during the last two meetings in which the public could attend by phone? With expenses for your office having to be pared, these decisions should be made with complete transparency.’”

WCBU reviewed more than four dozen document pages gathered from material obtained through the Freedom of Information Act, publicly available documents, and the Peoria County Board of Election Commissioners website and Facebook page. Reporters could not find advanced public notice of the Facebook Live viewing option.

Pritzker couldn’t either. Plus, she didn’t initially know how to watch a Facebook Live meeting.

Pritzker recounted she tried twice to access the meeting via Facebook Live through instructions Bride provided after she expressed written concern. She said she didn’t have audio on her first try and was kicked off after 10 minutes.

Pritzker was later able to access the live meeting, but technical issues with audio remained a problem.

“Both times that I got on, I could hear nothing,” she said. “I had no audio and all I had was the closed captioning, which if I hadn’t known what the topic was about, I could have been thoroughly confused because it made no sense. Half of it made no sense.”

For example, Pritzker said when a vote was taken the caption read “hi” instead of “aye” for an affirmative vote.

Pritzker confirmed a fellow League of Women Voters of Greater Peoria member was able to access the Facebook Live meeting without issue.

WCBU asked First Amendment attorney Donald Craven to review the Peoria County Board of Election Commissioners’ June meeting notice and agenda. The Springfield lawyer said he cannot recall seeing a similar board meeting announcement in 40-plus years of practicing law.

Craven said there is one exception. A public body can close a meeting if they move to an executive session. A closed session, he said, requires a motion citing the Open Meetings Act exemption and a roll call vote before the meeting is closed to the public.

Pritzker, of the League of Women Voters of Greater Peoria, agreed the June meeting notification was problematic.

“Number one, they have to let people know ahead of time,” she said. “They have to publicly announce. It’s a public body. They need to let the public know how, when, and where they can at the very least listen in. And when they do decide how they’re going to hold the meeting, it has to be a format that people can actually get information through.”

Craven said a transparent election board is necessary.

“Elections matter and in the case of the election commission, we’re on the cusp of many changes to the way elections are conducted–remote, or to elections by mail, elections perhaps by email at some point–when safety and security are established,” Craven said. “So, discussions of how those matters are going to be handled is paramount.”

The public access bureau is seeking copies of notices, agendas, and minutes of the commission’s May and June 2020 meetings. Specifically, the Attorney General’s office wants the commission to address WCBU’s concerns that proper notice of the Facebook Live meeting wasn’t provided and that public access and participation was limited on June 16 in accordance with the Illinois Open Meetings Act.

The board must respond to the inquiry within seven days upon receiving the bureau’s letter.

WCBU reached out to Bride for comment. He responded June 25 via email, “We are still reviewing the letter from the Public Access Bureau.”

WCBU's Tim Shelley and Dana Vollmer contributed to this report. 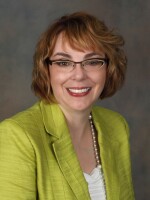