The Bloomington-Normal community marked the fifth anniversary of the Pulse nightclub shooting Saturday with a memorial service in downtown Bloomington.

Five years ago this weekend, 49 people were killed and 53 injured in a mass shooting at the Pulse nightclub in Orlando, Florida.

Saturday's memorial was co-sponsored by the Prairie Pride Coalition (PPC), McLean County Moms Demand Action for Gun Sense in America, and the Bistro. The goal was to raise awareness of gun violence and its disproportionate effect on minority communities including the LGBTQIA+ and Latinx populations.

"Gun safety is very clearly an LGBTQIA & Latinx issue, and the mass shooting at Pulse nightclub centered the inescapable reality of gun violence on the LGBTQIA community," said Donna Walley with McLean County Moms Demand Action. "Our commitment to action does not end with working to uproot the hatred displayed five years ago. We must also confront our country’s gun violence epidemic by demanding more than thoughts and prayers from our lawmakers." 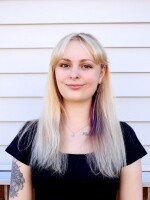