An expansive streetscape project discussed by the Bloomington City Council Monday night aims to turn downtown into a destination by improving walkability, sidewalks and lighting, among other things.

Meeting as a committee of the whole, the council heard members of the city Public Works Department and Springfield firm Crawford, Murphy & Tilly (CMT) outline an approach to the project.

First would come three months of data collection, followed by six months of concept development and public input. A detailed plan would be designed in the summer or fall of 2023. The council will consider a $750,000 agreement with CMT for this work at its next meeting.

City Manager Tim Gleason has said project could total $25-30 million to complete. He discussed a Tax Increment Financing district encompassing the entire downtown to help fund the project, adding on Monday that funding could come from state and federal stimulus money, as well as grants.

But to be eligible to receive any of that money, there must be a plan, which the $750,000 would pay for.

Gleason said Monday’s presentation has been years in the making. The city has worked most of the past year narrowing six proposals to CMT’s. But even before that, numerous studies, reports and plans dating to a Main Street Corridor Study in 2012 have touched on aspects of downtown improvement, but in a piecemeal way.

That said, that data has value. “We don’t look to start from scratch, we look to build on what’s already been done,” said Assistant Public Works Director Craig Shonkwiler, adding those studies took the city, in football terms, to the 50 yard line.

Council members keyed in on public input, pressing CMT to find ways to solicit — and consider— what residents want. And while the downtown lies in wards 4 and 6, they stressed the impact is citywide.

Deputy City Manager Billy Tyus said social media can be a powerful way to reach those who don’t come to meetings or respond to surveys.

Ward 1 council member Grant Walch asked about making Bloomington’s streetscape stand out from other recent projects in other towns.

“I see a lot of concrete sidewalks, bricks, trees — for the streetscape itself, they all look the same. What are your thoughts on doing something that makes Bloomington different — make us not Normal.“

Kent Massie of Massie Massie & Associates, a firm that works with CMT, said that styles have evolved over time and improved. Mike Sewell, lead project manager with CMT, said that “anchors,” such as the old courthouse, can help preserve a town’s individual character.

Other aldermen questioned timing and cost. Ward 3's Sheila Montney asked whether timelines could be compressed, saving money by making sure data from previous studies was fully considered.

Nick Becker, of Ward 5, pushed CMT to outline how its work has fueled prosperity in other places.

“You tell us the top five projects all did this, and these were the five things they did that added the most value to that city’s growth in support of their businesses. I have heard nothing that demonstrates, ‘these are the things we know will drive your city’s businesses to grow.’ I want to see some measurable comments that demonstrate the success of past projects, not just 'it looks good and seven years later it looks like Decatur again.’ “

CMT didn’t have statistics, though Massie said factors as simple as seeing businesses occupying buildings that once stood vacant serves as one indicator.

And Tyus noted the city has received calls about the downtown as development discussions began.

"I think it goes without saying that we've got a special downtown, we really do. A vibrant mix or residential and commercial with that historic charm that no one wants to use, and we want to build upon," he said. 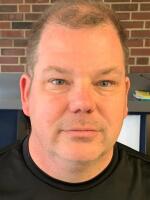