The park, on Raab Road between Prairieland Elementary and the town’s fire station No. 3, opened in 2001. Playground renovations there were the first in a planned series of park improvements around Normal, according to Doug Damery, the town's parks and recreation director.

Damery said the goal of revamping the park was to make the playground more accessible for all children, with the inclusion of ramps, a sensory dome, several different types of swings, and many other features to make the park as equitable as possible.

“It has great height, a lot of room to play and can handle a lot of kids,” said Damery, adding the park is one of the most heavily used in Normal. Prairieland students use the playground on a daily basis.

The town spent $180,000 on the renovations, according to town officials while Prairieland Elementary School PTO donated an additional piece of equipment that was installed by Normal’s parks and recreation staff.

In addition to the playground upgrades, the adjacent Safety Town meant for preschool-aged kids will be improved in the near future. Other parks in Normal are earmarked for upgrades, too, Damery said. 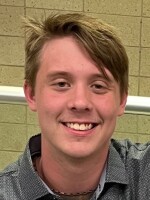 Erik Dedo
Erik Dedo is a reporting and audio production intern at WGLT. He joined the station in 2022.
See stories by Erik Dedo
Related Content