There is some good news in the fight against opioid abuse in Illinois. Doctors prescribed fewer opioids to patients in 2017 than 2016, according to numbers from the statewide prescription monitoring program. The database can’t track illegal narcotic use, but the drop in prescriptions is still widely seen as a good sign as the majority of heroin users say their first experience with opioids came from a prescription drug.

Illinois has one of the oldest prescription monitoring programs in the country, and created systems to track the use of controlled substances in the 1960s. The database tracks all opioid prescriptions filled in the state. A portion of that data is made available to the public, broken down by county.

All counties in Illinois showed a decrease in overall opioid prescriptions as compared to the population. The five counties with the biggest drop were Franklin, Edwards, Montgomery, Edgar and Massac counties.

By comparing the 2016 and 2017 numbers from the database with population estimates from the U.S. Census Bureau, it’s possible to get an overview of how opioid prescribing is changing in Illinois.

Not only are prescriptions dropping, but the number of patients getting those narcotics is also dropping. Not a single county saw an increase in the percentage of the population with opioid prescriptions. The top five counties with the biggest drop in patient population were Hamilton, Edwards, Warren, Montgomery and Massac. 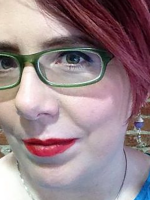 Steph Whiteside
Steph is new to the midwest. Originally from North Carolina, Steph has previously lived in Washington DC and Northern California, where she reported on a wide variety of issues including health, politics, and women’s issues. She also has a background in social media and audience engagement.
See stories by Steph Whiteside
Related Content