Award-winning author Robin Stevenson is determined to not let LGBTQ+ activists be erased from history.

Stevenson visits schools to talk about LGBTQ+ rights and the people behind the movement. But only when they let her. An elementary school in Wheaton recently rescinded her invitation to speak after a parent expressed they were not comfortable with what she planned to talk about.

“I didn’t want to just let that go, I wanted to address it in some way,” said Stevenson. “The message that I thought it sent out to students is that somehow being LGBTQ was something that couldn’t be talked about, that this was somehow shameful and couldn’t be discussed.”

At the time, Stevenson was on tour for her new book, “Kid Activists: True Tales of Childhood from Champions of Change.” The book highlights 17 different historical figures, including Harvey Milk, the first openly gay elected official in California, who was assassinated in 1978.

“The people I was talking about, like Harvey Milk, are significant American historical figures who’ve made great contributions, who students should be learning about. And to sort of say that we can’t talk about him because he was gay, to me that’s like saying to LGBTQ students that no matter what they do, they are never going to be accepted or recognized or included,” said Stevenson.

After the incident, Stevenson wrote a letter to the district board and superintendent. The response she got from students and parents was surprising, said Stevenson.

“In some ways I felt like probably more good came out of it than had it not been canceled … but because this happened I feel like it forced the conversation,” said Stevenson. “I think it forced a lot of people who might not have spoken up on the issue to realize that they needed to be more vocal in support of LGBTQ inclusion.”

Stevenson spoke at the Middle and High School Social Studies Research Symposium on Friday at Illinois State University. The event was co-sponsored by the Regional Office of Education, ISU History Department and McLean County Museum of History. 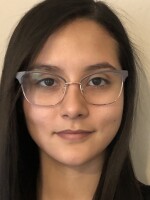