PATH Crisis Center in Bloomington will go on a hiring spree this year as it prepares to become a major player in the rollout of the state's new 988 national suicide and mental health crisis hotline.

Going into effect July 16, the new 988 program will serve as the new three-digit emergency phone number for peope facing a mental health crisis. The goal is to create an easy-to-remember number, like 911, while also reducing mental health-related calls to 911. The hotline will serve those in need of support while reducing the use of law enforcement and hospitalizations in cases related to mental health.

Christopher Workman, executive director of PATH, said it will allow those going through a mental health crisis to speak with someone trained to guide them in the right direction. PATH says it is a major paradigm shift — with the goal to assist callers 80-90% of the time without further intervention.

“The idea is to better educate the public on 988, what it is ... it’ll take several years for us to be able to do that,” Workman said.

There are more than 115 new positions at PATH that will support the new hotline. Some of the positions include assistant director of call center operations, call center manager and 988 call center specialists.

Workman said almost all the positions are bachelor’s degree level or higher because the agency is aiming for trained professionals with a background in mental health.

Some of the positions allow for paraprofessionals who have lived experience with mental health as well.

“That’s for someone with lived experience, someone who’s been through the mental health system ... possibly a recovery person themselves,” Workman said. “Who can empathize with someone going through crisis maybe in a similar situation.”

The call center (PATH) will work with nearby crisis teams when there is a need for those teams to go out and assist someone needing hands-on help during a mental health crisis.

While there are six other call centers in the state, PATH will serve as the call center for 80% of Illinois.

“We will also provide backup coverage for any of those call centers,” Workman said. “So, should they have a catastrophic power outage or something of that nature, we would get those calls as a backup center for the state of Illinois.”

A list of job positions and descriptions for PATH’s 988 program can be found on PATH's website. For more information, PATH Crisis Center can be reached at (309) 828-1022. 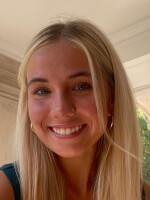