Through an insightful new display of tradition, personal stories, and history, a Bloomington-Normal soccer club is showcasing diversity and the global connections of the sport.

The new exhibition, “The Beautiful Game: Just Kicking It in Bloomington-Normal,” is now on view at the Illinois Wesleyan University’s Hansen Student Center. It spotlights Bloomington-Normal’s Park Drag Soccer Club, a recreational group with 50 players from 30 nations. The exhibition includes postage stamps from around the world and interviews with team members who play with the club.

Longtime team member Agbenyega Adedze is an African American history professor at Illinois State University who migrated from Kenya. He said the Park Drag Soccer Club – putting no restriction on membership – is a social group of inclusion.

“You just show up to play, and we play casually,” Adedze said. “Some people are professionals, amateurs, and some people never kicked the ball. But this group has fun and people wanted to join.”

The Park Drag Soccer Club began at IWU in 1998. University staff and international students began to play pickup games before eventually opening membership to ISU staff and international students. As it grew in numbers, the Park Drag Soccer Club remained a place for anyone far away from home who loved to play soccer. The group has met at various locations over the years to play, including the detention basin in Normal off Linden Street and Park Drag Lane, thus the club name.

Each contribution in the IWU exhibit will bring a new perspective for the community and will connect each attendee to different cultures. Enlarged postage stamps represent each member from over 30 countries. Additionally, interviews will include the experiences a player has had being a part of the team.

Adedze said he’s excited the exhibition is a chance to recognize and celebrate diversity.

“There is so much diversity in this town that people tend to not recognize or ignore,” Adedze said. “And we do not have that many events to celebrate this diversity.”

The exhibition will be open to the public through Dec. 20. 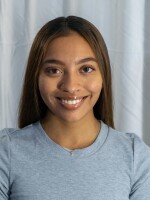