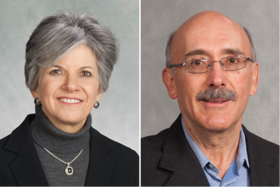 “The stab wounds were pretty significant throughout their body. (There) were multiple defensive wounds as well on their upper arms. So they, bluntly, did not go down without a fight,” says Harwood. 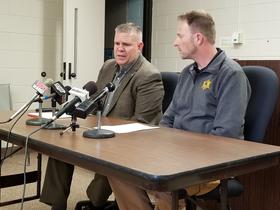 The Bradley University employees, both 63, went missing late last week from their North Maher Road home. Their bodies were discovered in Peoria County Tuesday north of Laura near the Route 78 Spoon River bridge.

Harwood says it’s difficult to pinpoint the exact time of death, but he says the couple may have been in the water for up to four days.

“Most likely after the assault occurred, the bodies were probably dumped within hours of that time,” says Harwood.

20-year-old Matthew Roberts of Princeville is facing the same charges after initially being detained for lesser offenses. Peoria County Sheriff Brian Asbell says Roberts confessed he was an active participant in the homicides.

Roberts made his first court appearance Wednesday. He, like Ramirez, is being held on $3 million bond.

Authorities have identified the man gunned down on a Bloomington street Tuesday night as 27-year-old Trevonte Kirkwood of Bloomington.

Normal Police are looking for the man who opened fire early Sunday after fights broke out at a large party near Illinois State University.

Bloomington Police recovered over 2,500 ecstasy pills and $1,500 in cash inside a residence on South Main Street late last week.