100 Days Without A Budget; What The Governor Has To Say

It didn't bring about the total shutdown of government that a lot of people expected early on: Schools got funded, and court orders mean state employees are getting paid.

Still, the impasse has the social service network in disarray. Public health departments are cutting back. 911 call centers are laying off employees. A program to train police is on hold. People with mental health issues aren't getting help, nor are addicts seeking drug treatment. And public universities say four months without a dime from the state, and they're on the "brink of serious operational damage."

We're going to hear from Gov. Bruce Rauner himself, who on Wednesday, traveled to the Chicago suburbs to speak with a tourism group.

We'll start at the beginning:

"I wanted to give you an update on our efforts to restore confidence in our state government. That's the single most important thing we can do,"  Gov. Rauner said. "We need job creators to have confidence in the state of Illinois so they have confidence to invest here, to accelerate our economic growth, so that we can create higher paying careers for everybody in Illinois. That's really what it's all about. We can't cut our way out of our problems, we can't tax our way out of our problems. We've got to grow into our challenges.

He went on to say: "We're at a turning point in Illinois' history." The key question is will we stay on this failed path of the status quo? Or will we change direction? Can we reform our government, change the root causes of our deficit spending, and put ourselves on the path of fiscal responsibility and stronger economic growth."

It's a question a lot of Illinois residents and businesses want the answer to; but even if the answer is yes, there is a schism in just how Illinois can be more fiscally responsible and stronger, a schism that's driving the gridlock.> To those of us who are, shall I say, more than casual observers of Mr. Rauner, a lot of what he had to say sounded familiar. The governor reiterated his demands -- there are five of them -- that he says must be met in order to make the state more competitive. Until Democrats agree to them, he won't work with them to balance a budget, by raising taxes. Here's some of his comments on plans that unions see as aimed at diminishing their power, by doing away with what they can bargain on when negotiating with municipalities and doing away with the prevailing wage for public construction projects:

"Thirty-three states limit all or a portion of collective bargaining in state or local governments. That is the norm, that is not a radical idea. Most, many of, those states are controlled by Democrats. Forty-one states support taxpayer savings by limiting restrictions on competitive bidding for taxpayer funded construction projects. Forty-one states. We don't."

During his speech, Rauner said some things are going well in government. He says he was able to work with legislators successfully on criminal justices measures, meant to reduce how many people Illinois sends to prison. And he touted how his administration has saved the state money.

"Just last month we saved taxpayers $22 million dollars by ending a bad deal with the Lottery and have now put out a new, competitive Lottery contract out for bid. At the Dept. of Healthcare and Family Services, our administration has taken cost-saving steps that will save taxpayers more than $70 million this fiscal year. At the Dept. of Central Management Services, we have renegotiated contracts and reduced the state air fleet, netting an additional $15 million to the state through a reduction and optimization efforts. The Illinois Dept. of Professional and Financial Regulation - and this is appalling to me when we first when in there - they have a license process that's still done completely through paper records. By modernizin' the system, we're reducing process time by 50-percent and as a result we're saving millions of dollars for taxpayers."

What Rauner didn't mention, at least explicitly: The more controversial ways he's saving money, the ones that have raised critics' ire. Like the layoffs of state workers, closure of the Illinois State Museum and Sparta shooting complex, and drastic reductions to a program that helps low income, working parents pay for child care.

He did address some of the fallout of the gridlock, though it was clear, that fallout won't make him give in.

"State financial aide for college students will not get paid. I'm furious about that. Many social service providers will have to close their doors. It's outrageous, by putting assistance to the most vulnerable at risk. We should not let that happen. Universities and community colleges will not receive state funding, causing some to wonder whether they will be open for the second semester. Outrageous. Should not happen," he said. "Unpaid bills will continue to pile up, delaying payments to local governments, pension funds, hospitals, nursing homes, other providers. Pushing down our credit rating and raising interests costs on you, the taxpayers of the state. Should not happen. Not having a budget this late in the year is simply inexcusable and unacceptable."

Democrats say the same. That the situation is outrageous, inexcusable, unacceptable. But they have say it's all because of Gov. Rauner. It doesn't appear as if that speech -- did anything to change the mind of Rauner's biggest political foe, Democratic House Speaker Michael Madigan (not that Madigan was in the audience to hear it, anyway).  Regardless - he responded with a statement.

The men have this much in common: they stick to their scripts. Madigan's statement echoed comments he's been making for months: that he's willing to cooperate with Rauner, but that he won't agree to Rauner's agenda, which the Speaker says will hurt working families and devastate the middle class. Madigan says the number one issue is the budget, that Gov. Rauner drop his demands and focus on it. Madigan's statement was blunt in putting the blame on Rauner for causing Illinois' situation right now, saying "There is no question all of the disruption caused by the current impasse is due to the Governor's to veto the spending plan approved by the legislature."

One hundred days into the gridlock, and even as the consequences stack up, neither leader shows indication things are any different than they were back on July 1. 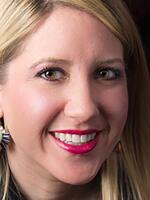